Contributing to a more sustainable society under the philosophy of Create Cities, Nurture Cities

Tokyo, July 26, 2022 -- Mori Building Co., Ltd., Japan's leading urban landscape developer, announced today that it has strengthened its company-wide sustainability-promotion system, including by creating a new internal unit, the Sustainability Committee led by the President and CEO, on July 1, aiming to further Mori Building's contributions to a more sustainable society as well as regional development and the safety, health and happiness of people under the company's philosophy of Create Cities, Nurture Cities.

Over the years, Mori Building has carried out urban redevelopment projects aimed at creating sustainable urban centers where people can live, work, and interact healthfully and vigorously, both physically and mentally. Mori Building has underpinned these initiatives by building strong and trustworthy relationships with local residents and other stakeholders. Based on the Vertical Garden City urban regeneration model, which concentrates diverse urban functions within walking distance, the company is redesigning cities to be resistant to earthquakes and other natural disasters, but also to offer lush greenery and to protect the environment and biodiversity. Taking the view that the completion of its urban centers and buildings are just the beginning, rather than the end, Mori Building has developed a unique town-management system and organization to continuously connect people, companies, towns and local communities through various events and community activities. ARK Hills (completed in 1986), Roppongi Hills (completed in 2003), Toranomon Hills (completed in 2014) and many other Hills properties are testaments to the company's belief in sustainability as well as its long history of achievement.

With the newly announced strengthening of the company's sustainability-promotion system, Mori Building now looks forward to accelerating its efforts over the medium to long term to realize a more sustainable society based on key themes including decarbonization, resource recycling, local communities, and human rights.

Mori Building is committed not only to its soundness and viability as a company, but also to providing work environments and systems in which employees can enjoy excellent mental and physical health as they contribute to the advancement of urban development in Mori Building's unique style, ultimately to help the company fulfill its responsibilities to people, society and the environment under the philosophy of Create Cities, Nurture Cities. 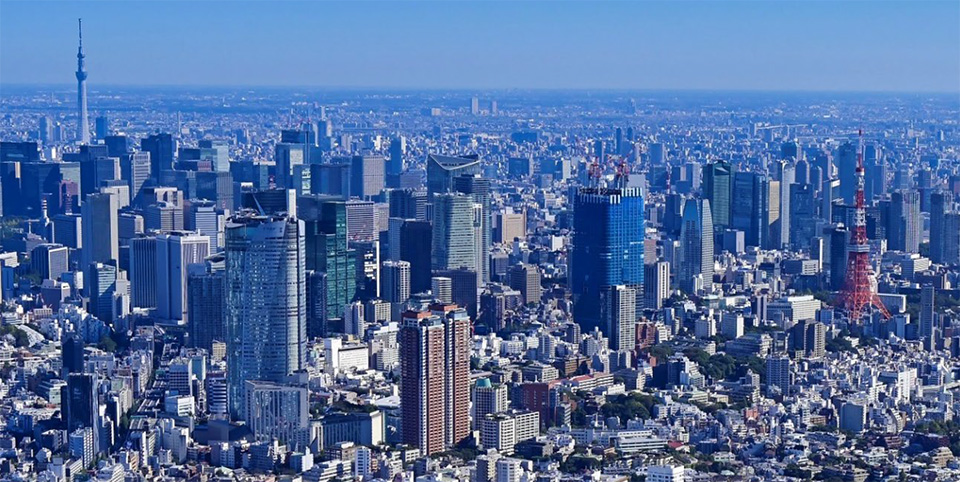