On October 1, 2021, the Mori Art Museum, Tokyo, welcomed independent curator Martin Germann to its team as an Adjunct Curator.
Mr. Germann has previously been involved in the curation of numerous exhibitions, mainly in Germany and Belgium. He also has a long-standing interest in Asian artists, proactively showcasing their work in many of the exhibitions he has organized. Co-Curator of Another Energy currently underway at the Mori Art Museum, he has contributed enormously to making this exhibition reality, navigating pandemic travel restrictions to research Europe-based artists and make arrangements for works to be exhibited. He has now started to work on projects for the Mori Art Museum's 20th anniversary in 2023.
Since the COVID-19 pandemic began to limit movement and travels, a number of art museums overseas have adopted a model of remote curating not necessarily based in the same city as the museum. At the Mori Art Museum too, we have high expectations for this model of curation as a means of maintaining the Museum's international character amid restrictions on movement, and also being more environmentally-friendly.

On his appointment, Martin Germann said,

"It is a great honor for me to join the Mori Art Museum and its team as an Adjunct Curator. Contributing to the Museum's mission of being a vibrant nexus of 'Art + Life' has become of particular urgency at this moment in time, where ethical and ecological concerns demand new global perspectives on principles of coexistence, growth and sharing. To work in this model for a world's leading interdisciplinary art museum will also hopefully help us rethink of the idea of ' internationality' for future forms of collaboration."

With regard to his hiring, Mori Art Museum Director Kataoka Mami comments,

"We are excited at the prospect of Mr. Germann, Co-Curator of the Another Energy exhibition, continuing to share his European knowledge and networks, now as an Adjunct Curator of the Mori Art Museum. The ' world' is a collection of local communities, and to project all the wonderful diversity of that world, a contemporary art museum needs different viewpoints from diverse places. We had been looking at making our organization more international even before COVID-19, but travel restrictions and the acceleration of remote working due to the pandemic have also revealed the potential for connecting many different ' locals.' We hope that appointments like Mr. Germann's will encourage even more interaction between artists in Japan and elsewhere in Asia, and other regions."

At a time when the very raison d ' être of the art museum is under scrutiny, by employing an Adjunct Curator, the Mori Art Museum aims to enhance the sustainability of its operations, with a view to ensuring our future as a museum committed to offering a global, cutting-edge experience. 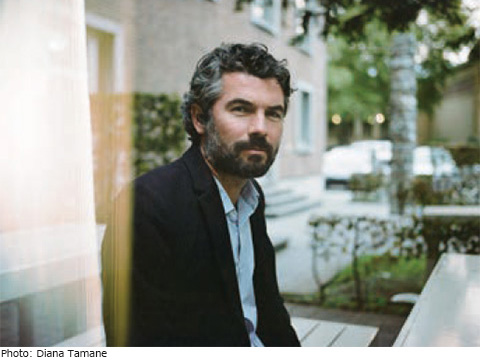 Martin Germann
Born in 1974, Germann lives and works in Cologne, Germany. After studying in Berlin and Potsdam, he worked for the 3rd and 4th Berlin Biennial for Contemporary Art (2003-2004, 2005-2006). He later was a curator at Kestner Gesellschaft in Hanover, Germany (2008-2012). From 2012 to 2019, he was leading the artistic department of S.M.A.K. in Ghent, Belgium as Senior Curator, where he initiated and organized numerous collection, group, and solo exhibitions and worked on major acquisitions. Recently a Co-Curator of Another Energy: Power to Continue Challenging - 16 Women Artists from around the World at the Mori Art Museum (2021) and Curator of a comprehensive solo exhibition of Thomas Ruff at the National Taiwan Museum of Fine Arts (Taichung, 2021), Germann also serves as a Curatorial Advisor for the upcoming Aichi Triennale 2022. For Lili Dujourie: Folds in Time (2015, co-organized with Mu.ZEE, Ostend), he received an AICA Award for Belgium's best exhibition.