Tokyo, February 1, 2017 – The Ginza 6-10 District Urban Redevelopment Partnership announced today that it held a ceremony at the new GINZA SIX mixed-use complex to mark the completion of construction on January 31. GINZA SIX opened its doors to office-space tenants today, and on April 20 it will open the newest and largest retail area in Tokyo's premier shopping district, plus the Kanze Noh Theater for noh musical drama, one of Japan's most revered traditional stage arts. 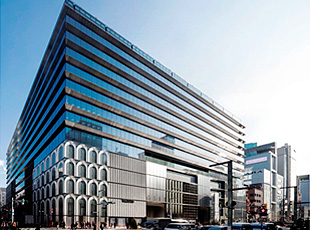 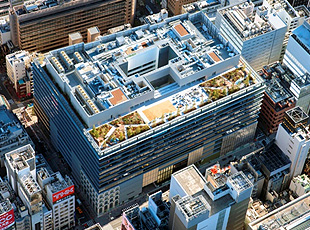 GINZA SIX stands on 1.4 hectares of space comprising two city blocks, including the former site of Matsuzakaya Ginza department store and adjacent land. The building was completed unusually fast for a redevelopment project, beginning with the design finalization in December 2011 and the commencement of construction in April 2014. The new building, which measures 115 meters (width) by 100 meters (depth), comprises 148,700 square meters of total floor area, including office floors each with 6,100 square meters, one of the largest in Tokyo's 23 wards; 47,000 square meters of retail space with 241 retail outlets, unmatched in Ginza; and the Kanze Noh Theater.

The building, an important addition to disaster preparedness in the Ginza area, has its own emergency power-generating system and stockpiles of emergency supplies and provisions to accommodate up to 3,000 people in the event of a major disaster. Also, a tourist information center and a terminal for tour buses, as well as easy connections to public transport and roadways, will provide special conveniences and hospitality for visitors from around the world. GINZA SIX will also offer the largest rooftop garden in Ginza.

The ground opening of GINZA SIX and the Kanze Noh Theater on April 20 will mark an important step forward in Tokyo's ongoing evolution. GINZA SIX, so named as a unique "6-star" facility inspired by the pride and history of Tokyo's one and only Ginza, will become a new magnetic power of Ginza district, and contribute to the overall competitiveness of Tokyo. 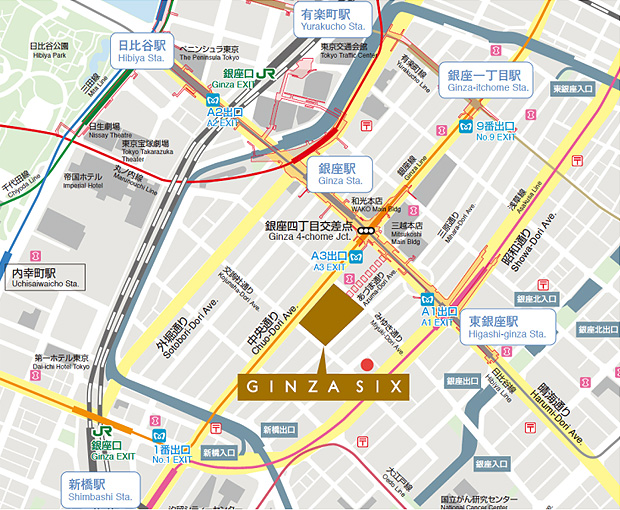